The Democrats, who rule the Congress, dindn’t  impose the veto against intervention (until this moment) for attachment to democracy nor humanist principles, but because there is a big portion of the US population opposing the intervention in Venezuela. A war in Latin America would desestabilize the politics and the social situation of the USA even more.

In fact, this temporary veto by the Congress won’t guarantee peace for Latin America, as shown in the rhetoric and the terrorists and fascists action of John Bolton, Mike Pence, Marco Rubio, and Donald Trump, who put the war to destroy the Venezuelan National State on their agenda, like they did in Yugoslavia, Afghanistan, Iraq, Syria, Yemen, Libia, and others.

The false narrative of an “humanitarian crisis” in Venezuela is only a pretext for the instrumentalization of an alleged “humanitarian aid” to promote conflict on the Venezuela, Colombia and Brazil border. The C.I.A. agent Juan Guaidó begs for foreign intervenction.

Its clear for everyone that the venezuelan right-wing coup-plotters are incapable to obtain sucess in their attempted coup.

Since the Afghanistan war it has been demonstrated, by the prolonged conflicts in the Middle East, that there is a consensus in the fraud and the worsening in the life condiction of the people who suffered “humanitarian intervenctions” by the USA and its allies. So, what’s the fate of Latin America in case of a war in Venezuela?

The elements of the venezuelan defensive military structure make a short term war impossible. The wars directed by the US government since the end of WWII are all disastrous and long term. Take na exemple from the Iraq war, which took place from 2001 to 2011, with a balance of 1 million deaths, mostly civilians, a devasted country, divided in three regions, in civil war and still desestabilized.

This type of war causes intern and extern population displacement in, at least, 40% because of the hardships of a war, like the lack of services, hunger and insalubrity, as stated on a report by the Office of the United Nations High Commissioner for Refugees (UNHCR). It happened in Afghanistan, Iraq, Libia and Syria. But it can be worse: in Syria, there was a displacement of 54% of the population. The possibility of a war in Venezuela would displace at least 12 million people inside and outside the country. A statistic of disastrous dimensions for Latin America. According to fraudulent and manipulated data used by the right wingers, there is 2 million venezuelan refugees today. With the start of a war, we will see a true refugee crisis.

A conflict in Venezuela would open refugee camps in South America. Neighbouring countries will be obliged to try to contain mass human displacement. At least 12 million people, plus the refugees in those countries escaping neoliberal politcs. The goverments of Brazil, Colombia, Peru, Argentina and others would have to manage the crisis. Opening refugee camps would be too complex and expensive that those countries cannot sustain. The Caribbean Sea don’t have enough naval patrol cover, and can become another Mediterranian Sea.

Also, the war would be a security tragedy in all South America, which already suffers for being the most violent region in the world. The consequences of the war imply in massive arms trafficking because of the power of the venezuelan arsenal. A large number of weapons, including, at least 100 thousand AK 103 assault rifles, 500 thousand other assault rifles and 6 thousand 9k333 Verba man-portable air-defense system, in the hands of the army, navy, the Bolivarian National Guard of Venezuela (GNB), and the National Bolivarian Militia of Venezuela, could fall into the hands of paramilitary groups and drug lords.

The black Market will be even darker, if we consider that the US will bring weapons to the mercenary forces based in Colombia, Dominican Republic, and Brazil, as happened in Syria and Libia.

All of those risks are known by the US military intelligence. They conclude that the problem is not only the possibility of a war in Venezuela, but also an outbreak of conflicts that could compromisse the security in the region, as a result of prolonged US military presence and the activation of its military industry. The US needs a new Middle East, now in Latin America.

The supposed withdraw of the US troops from Syria, and the possibility of an armistice with the taliban in Afghanistan would weaken the US military pesence in the Middle East. But the US military complex is the central factor in the expansion of imperialist wars. This is a driving fator in US politics, which can considarate even the possibility of starting another large scale conflict in Latin America.

Afterall, the war signifies a large scale offensive of coup-plotter governments, which would intensify the neoliberal politics, the privatization and the fascist attacks against the population. Those politics will bring an announced social tragedy, verified in Haiti and Central American countries (the first countries that suffered coups). The war in Venezuela would speed up the delegitimization and degradation of the present right-wing coup-plotter governments in Latin America, some of those suffering political fragility.

There are even more complex questions in relation to the subjulgation of the nation states, balkanization (fragmentation of thenational territories) of the continente, the growth of attacks to the democratic liberty, the resumed civil war in Colombia, the emergence of guerrilla groups in Latin America, and, even more severe, the fortification of the PCC narcotrafickers, the colombian drug cartels, and the brazilian paramilitar militia, which has great influence inside the present brazilian government, that rose to power due to electoral fraud.

With the tragedy announced, it is at least a criminal case to keep silence or neutral in front of the threats of war in Venezuela. And those who sides with the imperialism in this war will be charged, not only by history, but also in life. Everything within range of the left-wing and the workers should be done to prevent this terrorist military adventure. 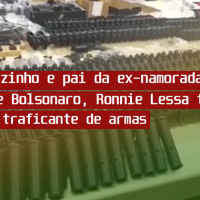 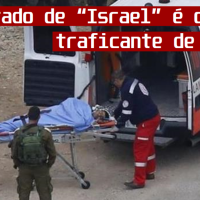 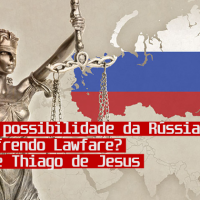